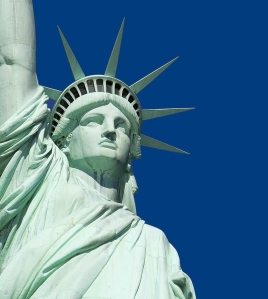 Five live web-cams were installed on Ms. Liberty in 2011 as a part of the celebration of the 125th anniversary of the dedication of the Statue of Liberty,. You can watch, in real time, a Panorama of the NJ and NY skylines, Ellis Island, and the New York-New Jersey Harbor.

Click on any of the five pictures and enjoy a live streaming video… day or night, 24/7, starting now.

There’s live audio too, so you can hear the whoosh of aircraft overhead and the honk of boat horns as YOU watch the ships steam across the bay.

When Lady Liberty was still in her youth, my parents saw her on their freedom voyage from Kiev, in Ukrania (then part of the Russian Empire) to Ellis Island. I can only imagine their teenage excitement and fulfillment of hope when they saw Lady Liberty from their ship. They were so proud and determined to become Americans- in every way. They quickly learned to speak English and adapted to every American way of life. I am very proud of them. 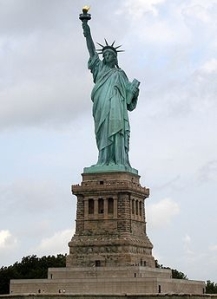 The one time I saw The Statue of Liberty was from a US Army troop ship returning from Europe to the Port of New York on a foggy morning. The scene is emblazoned in my memory.

On Monday May 30th, 2016 let’s remember the Veterans of our struggles for Liberty who never returned to see this beautiful tribute.

Memorial Day occurs every year on the final Monday of May. It is a day of remembering the men and women who died while serving in the United States Armed Forces. Formerly known as Decoration Day, it originated after the American Civil War to commemorate the Union and  Confederate soldiers who died in the Civil War. By the 20th century Memorial Day had been extended to honor all Americans who have died while in the military service.

Many people visit cemeteries and memorials, particularly to honor those who have died in military service. Many volunteers place an American flag on each grave in national cemeteries.

The preferred name for the holiday gradually changed from “Decoration Day” to “Memorial Day”, which was first used in 1882. On June 28, 1968, the Congress passed the Uniform Monday Holiday Act, which moved four holidays, including Memorial Day, from their traditional dates to a specified Monday in order to create a convenient three-day weekend.The change moved Memorial Day from its traditional May 30 date to the last Monday in May. Memorial Day endures as a holiday which most businesses observe because it marks the unofficial beginning of summer.

On Memorial Day the flag of the United States is raised briskly to the top of the staff and then solemnly lowered to the half-staff position, where it remains only until noon. It is then raised to full-staff for the remainder of the day. 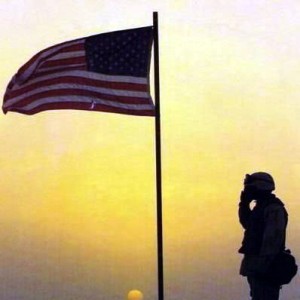 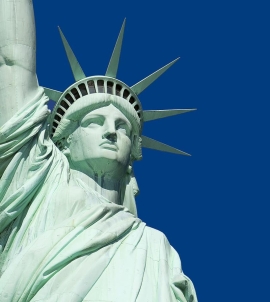