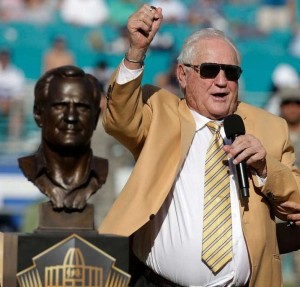 Shula is the winningest coach in NFL history (with 347 regular-season and playoff victories) and a Pro Football Hall of Famer. He is also the owner of a successful chain of steakhouses throughout the country.

The 86-year-old was treated and released Tuesday from the Aventura Hospital and Medical Center. Dr. Barry Freydberg, a Dental Sleep Medicine expert and lecturer for Sleep Group Solutions, who screens and treats patients for snoring and sleep apnea says, “I am glad to hear his sleep apnea was treated. Nearly 18 million people remain undiagnosed with sleep apnea.”